How Gamification and Incentives Can Enhance Your Driver Retention Program 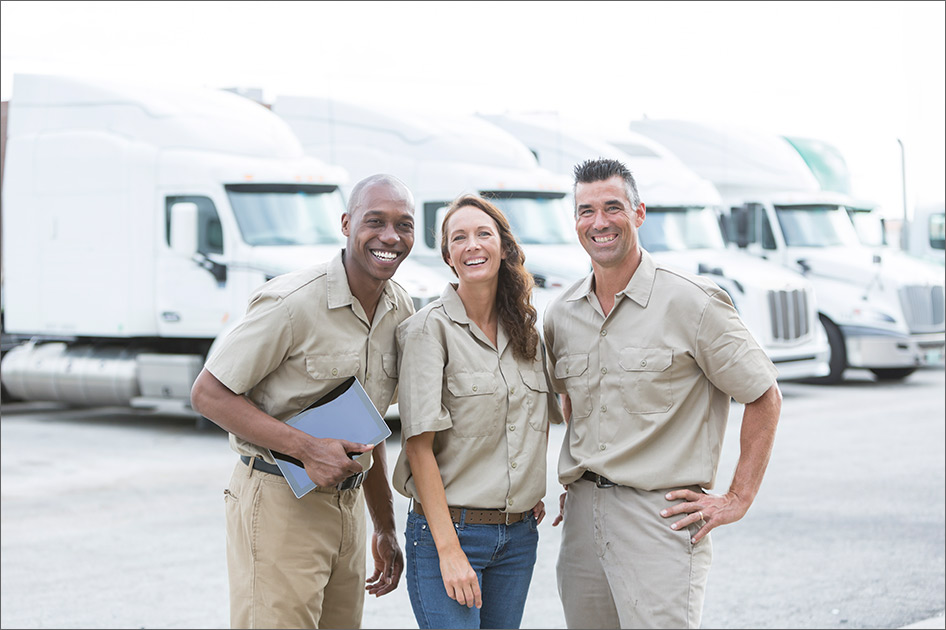 If your driver retention program hasn’t shifted into high gear, it probably should soon.

Our nation’s truck drivers have served us through pandemic lockdowns and dramatic supply chain shortages. They may be the most underappreciated profession in the country. They know they’re a precious commodity: according to the American Trucking Associations, the U.S. has a shortage of more than 80,000 truck drivers.

Truck drivers now have leverage to ask us for more—whether that’s in the form of pay or perks. According to a 2022 Inflection Poynt driver retention survey, 63 percent of drivers are looking for better pay.

If it were all about pay, you could simply give all your drivers a raise (to the extent your budget allows), and call your driver retention program a complete success. But there’s more to it than that.

Why It’s Not All About Money

The Inflection Poynt survey revealed that there’s much more to keeping your best drivers than just paying them more. But that could be good news for you. According to the survey, 68 percent of drivers wouldn’t take a new job unless the pay increase was 20 percent or more.

That’s a big leap—and it may very well be more than your top competitors are offering as they try to poach your best drivers. If your wages are competitive, you probably won’t lose most of your drivers based on salary alone.

There’s more good news: 44 percent of drivers said they wouldn’t switch jobs based on pay alone. In addition, 37 percent said pay was secondary to benefits such as health insurance, relationship with a manager, and company culture. And when respondents were asked to give advice on how to attract and retain drivers, 51 percent—the highest total by far—said to provide respect and purpose to drivers.

The subtext here is that if you can make your best drivers happy with something other than a hefty paycheck, you’ll have a good shot at keeping them. One way many leading fleet companies are succeeding in this driver shortage is by making gamification and incentives the focus of their driver retention program.

What Gamification Can Do for You

Gamification, if you’re not familiar, is just what it sounds like: making a game out of daily activities. It taps into drivers’ natural competitiveness to bring out their best performance. Think back to when you were in school. When the teacher assigned a major project that would require significant work at home, you probably groaned. But when the teacher announced that there would be prizes awarded to the top three students, suddenly that massive homework assignment became a chance to win bragging rights over your friends.

But gamification doesn’t have to come across as a gimmick or as childish. Chances are, your drivers are already using gamification in other areas of their lives such as using a Fitbit to remind them to exercise. These devices will prompt you to take a certain number of steps per hour, and they may even award you points based on your adherence to the plan. The idea of incentives are baked into our lives, so why not use them to encourage drivers?

If you’re serious about your driver retention program and want to reward your best performers with something other than a pay raise, start thinking about ways you can gamify your drivers’ daily tasks.

Consider how you can gamify metrics such as:

Consider also how you’ll display these metrics in a driver portal or app that’s engaging. Can you create a scoreboard that updates each driver’s performance daily? One that displays “league leaders” and motivates everyone to see their name up there?

Where Incentives Come In

Where do incentives come into the picture? Just remember that as fun as it may be to earn points and win a competition, the stakes (and performance) will be much higher if you offer prizes. Anyone can appreciate a cash bonus. But keep in mind that a unique prize, a perk such as time off, or recognition from the CEO in an end-of-year announcement can sometimes mean even more. Whatever you do, just don’t forget to make incentives part of your driver retention program.

Of course, if you really want to make sure you’re using gamification and incentives as effectively as possible in your driver retention program, you’ll first need a fleet telematics solution that can help you make sense of all the driver performance data that’s flooding into your office every day. Further, you’ll need a telematics partner with the right mobile app and the best analytics to help drive engagement and results for your gamification and incentive program. This way, you can run the program with little effort but the utmost confidence.

Gridline is here to help. For more information about how to run a successful driver retention program, schedule a call with us today.